For many years a close partnership

The Grand Hotel Huis ter Duin and Heuvelman have had a close partnership for over ten years. Heuvelman is responsible for audiovisual services in the five-star hotel. Within the partnership, Heuvelman is responsible for technology during the various events that take place at the hotel. In addition to these event services, Heuvelman also takes care of the fixed solutions in the hotel. Our five-star service works as a binding factor between both parties.

Fixed solutions within the hotel

To be able to provide the business guests with the best service at Grand Hotel Huis ter Duin, Heuvelman has provided the hotel with various fixed, audiovisual installations. A digital signage installation has been provided to allow guests to easily route within the hotel. Thirteen high-quality LED screens were installed during this project and a tailor-made management system was implemented. Fifteen flat screens were also installed in the public areas, on which not only the signage is visible, but also the program, corporate videos and company logos. The screens have been placed while preserving the interior of the Grand Hotel Huis ter Duin.

To ensure the safety of employees and guests of the hotel, Heuvelman has installed an evacuation system within the hotel. In the event of an emergency, visitors are alerted well in advance, allowing them to leave the premises in a calm manner. Because the hotel accommodates guests with various arrivals, it is very important that the emergency message is broadcast in different languages. This is not a problem for Heuvelman. In addition to the evacuation function, the system also has the option of playing background music over the same speakers. In this way the system can be widely used. 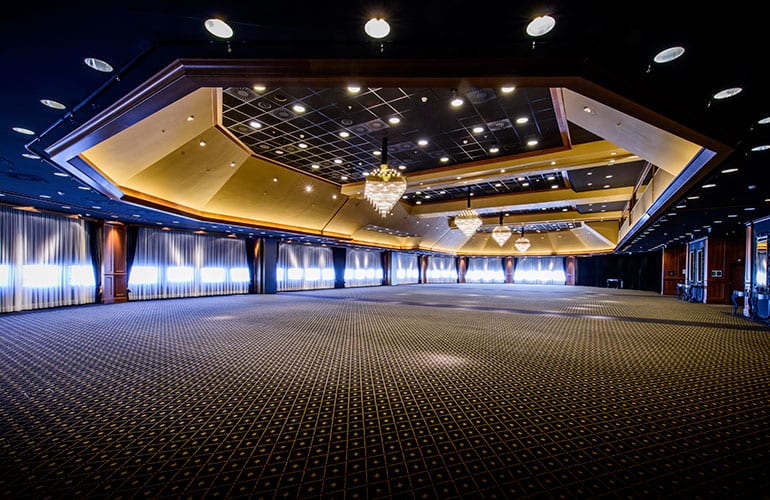 Over the years, Heuvelman has supported the hotel hundreds of times during events. Heuvelman has supplied audiovisual installations for events such as CFO Day, the general meetings of the European Hotel Managers Association and the DHL Global Technology Conference.

Service at the highest level

The binding factor between the companies is the five-star service that both parties use. In order to guarantee the service of the hotel at the highest level, we have been seconding an audiovisual coordinator to Grand Hotel Huis ter Duin for many years. This coordinator serves on the one hand as an extension of the hotel sales department, and on the other hand possible technical complications can be corrected in time or prevented. We are proud to call ourselves the preferred partner of this prestigious hotel.