Home / About us / History

The rich history of Heuvelman

The organisation was founded in 1968 by Dick Heuvelman. Thanks in part to his enthusiasm and dedication, Heuvelman has grown to become a renowned player in the audiovisual industry after 50 years. We are happy to take you through the rich history of our organisation!

Dick Heuvelman is active during the Second World War for Radio Oranje, the radio channel for the fighting Netherlands. After the war, Mr. Heuvelman works for Radio Schuurman in Utrecht. Here he discovers his passion for technology and in 1944 decides to start his own sound company in a garage at Lange Rozendaal in Utrecht. 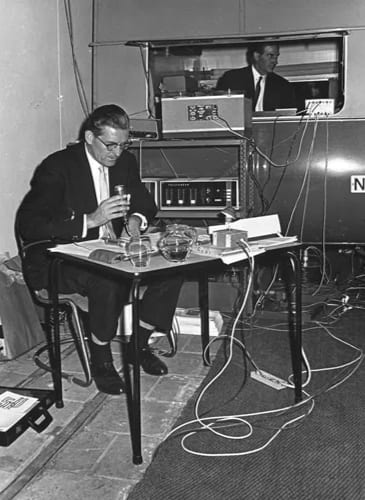 Dick Heuvelman's company is growing strongly and in 1968 he names the company 'Heuvelman Geluidstechniek BV'. The company moves to a larger building and less than a year later another move is on the program. This time to a building in De Meern.

In this phase, a grey-painted Kip Caravan and an old Bedford are used as the technical direction room. 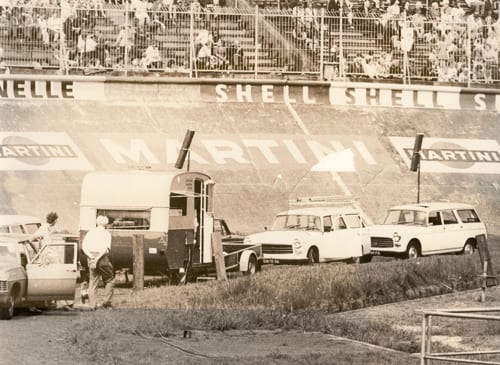 Princess Beatrix is crowned Queen of the Netherlands on 30 April 1980 on Dam Square in Amsterdam. To make this historic moment clearly audible for all listeners, Heuvelman Geluidstechniek BV is called in to provide sound reinforcement. 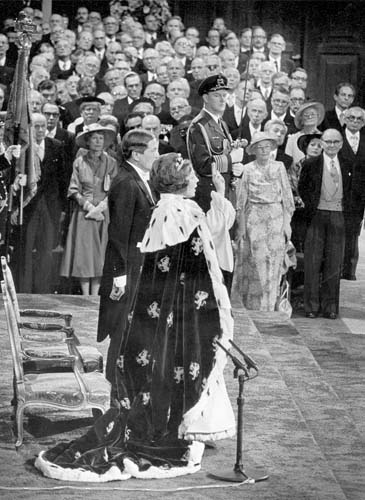 Mr. Heuvelman's company is involved in various television programs such as Sterrenslag, Farce Majeur and the Willem Ruisshow. At these shows, Heuvelman Geluidstechniek ensures they are visible and audible to the audience present.

In the same year, Dick Heuvelman makes the decision to sell the company to the management team: Andre van Eijden and Niek Lambooij. 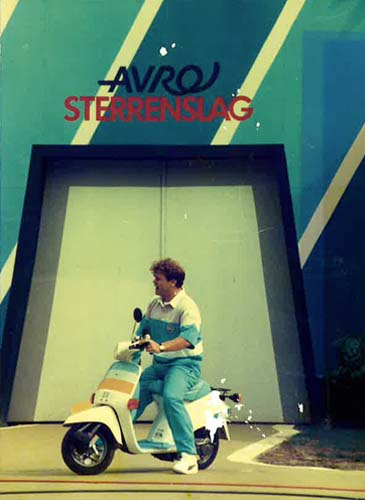 In collaboration with the American company 'General Electrics', Niek Lambooij develops the very first HD projector: the Triple Light Valve. Three of these are produced worldwide, of which Heuvelman can use two in productions. 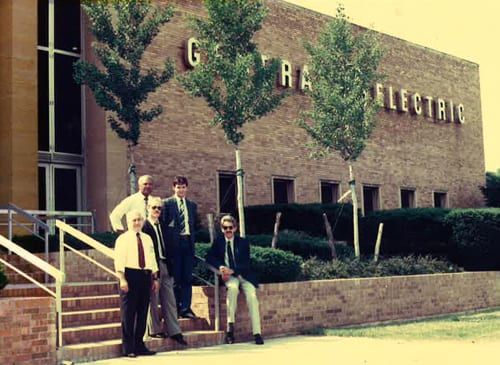 The ambition is high and Heuvelman Geluidstechniek BV is growing into a household name in the audiovisual world. The company even has a very innovative projector for that time. A laser video projector from Dwight Cavendish: the SD270. 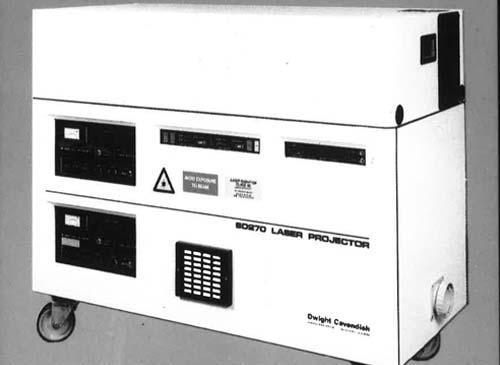 Heuvelman receives more and more requests for camera work and purchases a professional camera car. This component video camera car is the first of its kind in Europe and for that time very special. 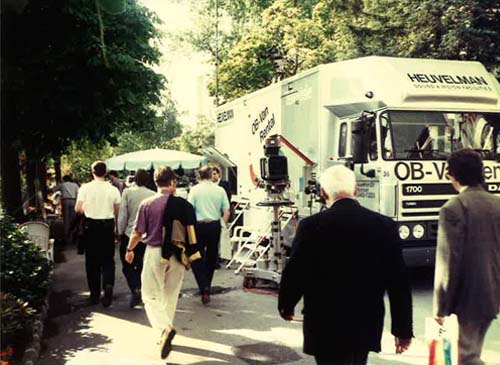 Mr. van Eijden and Mr. Lambooij sell 50% of Heuvelman to the Dutch Broadcasting Production Company NOB. This semi-public, government-funded organisation perfectly complements Heuvelman's service and services. Heuvelman is growing enormously and, together with 400 employees who are spread internationally over thirteen branches, is responsible for superb productions on a daily basis.

Video is emerging more and more and becomes an important service in the audiovisual world. Heuvelman incorporates this area of expertise in its services. As a result, the company name 'Heuvelman Geluidstechniek BV no longer covers all its activities. The name therefore changes to 'Heuvelman Sound & Vision B.V'.

During this period, Heuvelman participates in major TV shows such as the André van Duin Show, the Supriseshow and the Staatsloterijshow. Heuvelman also develops various products for television, such as the Vidi Wall.

Phixa from The Hague is acquired in this year, which increases Heuvelman's services in that region. Just like Heuvelman, Phixa is an audiovisual supplier, albeit with the focus on conference locations and hotels in Den Bosch. 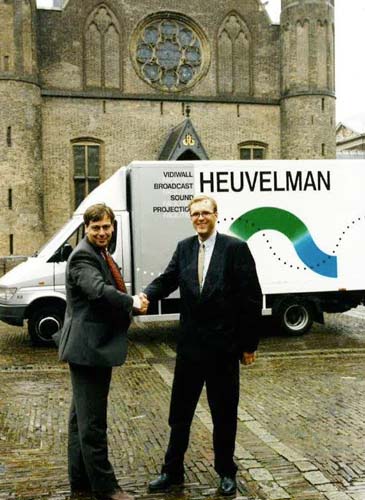 The NOB privatises and the subsidiaries, including Heuvelman Sound & Vision BV, become independent and develop further.

Hans Bolland, once hired by the NOB to prepare Heuvelman for a possible sale, takes over the company with his brother Peter Bolland.

The Content Design department sees the light of day in 2006. With this, the company expands its services, so that customer demand can be answered even better.

Heuvelman moves to a new head office in Culemborg to respond to the growth. 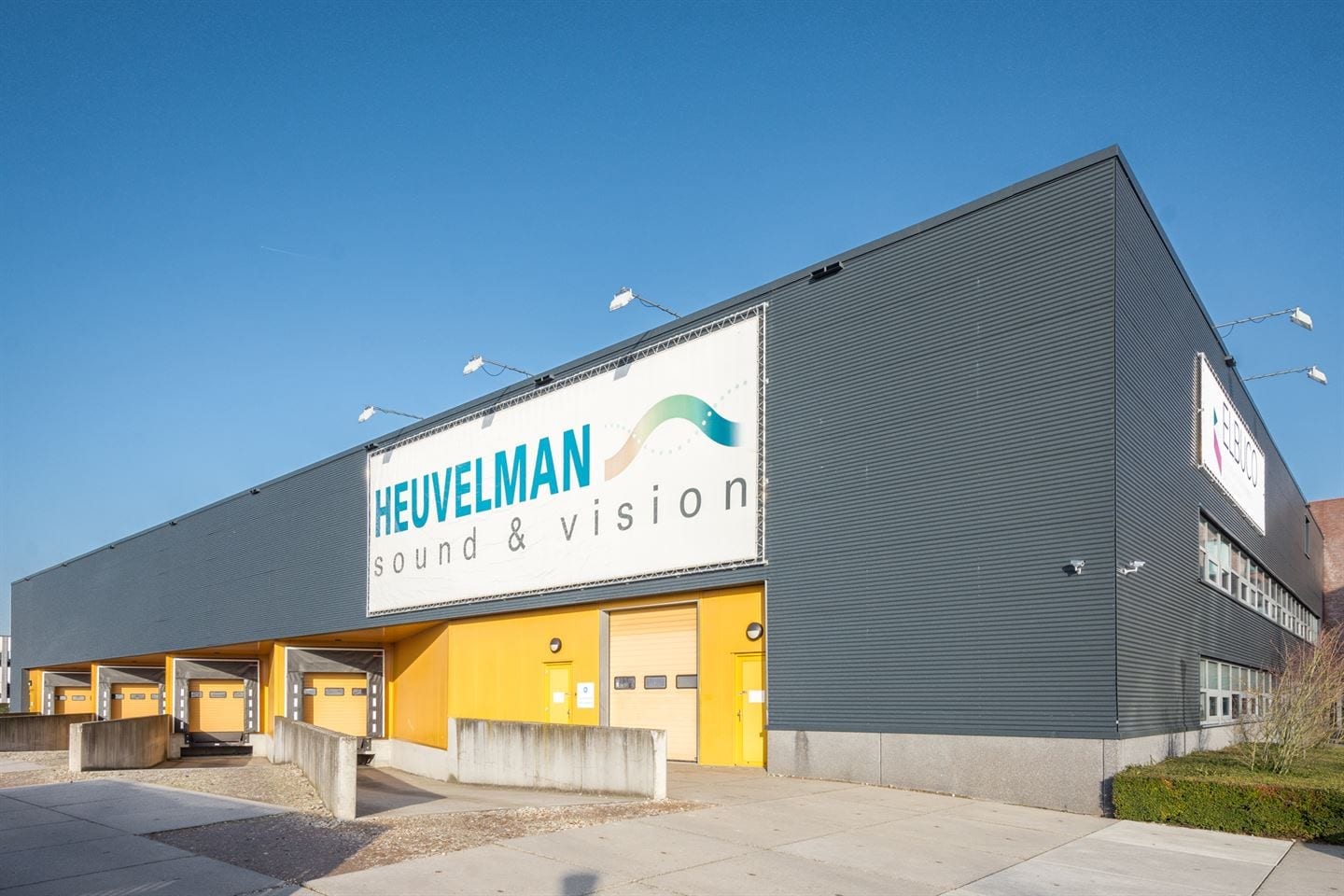 Hans Bolland sells his shares to Deputy Director Marco Smakman. Originally starting out as an intern at Heuvelman, Marco is now at the helm of the organisation together with Peter. 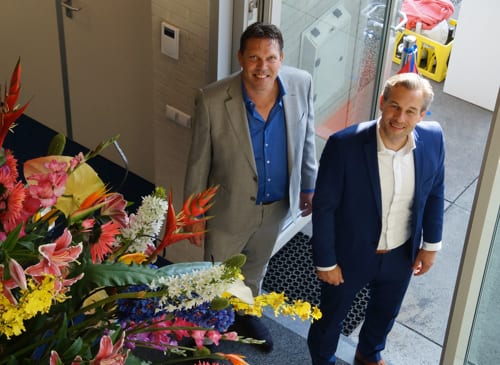 A lot is changing within the organisation. Heuvelman Sound & Vision moves to a new head office in IJsselstein, partly due to continued growth in the rental and sales of audiovisual solutions. Unique is the Experience Room of over 450 m² where partners come to gain inspiration from the latest techniques and concepts in audio and image. There are now 130 employees working for the organisation.

The decision is made to shorten the company name to 'Heuvelman' with a new logo and a matching corporate style. 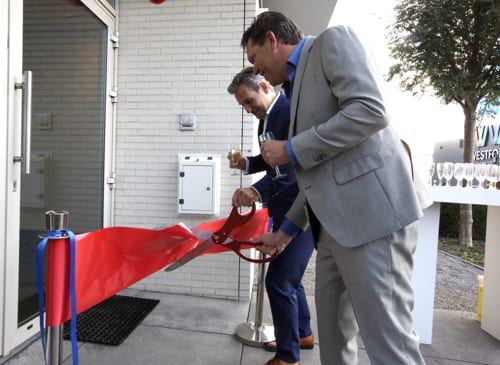 Heuvelman celebrates their 50th anniversary in 2018! This festive occasion marks a grand celebration with all colleagues who are closely involved with the company.

Heuvelman currently works with a team of 150 men and women on the world of tomorrow. Both technically and socially. Every year, throughout Europe, we are involved in more than 3,000 projects as an audiovisual partner.

In 2020 many events could not take place due to COVID-19. At Heuvelman we went looking for a suitable solution so that we could continue to serve our customers. We have built several studios at our head office.